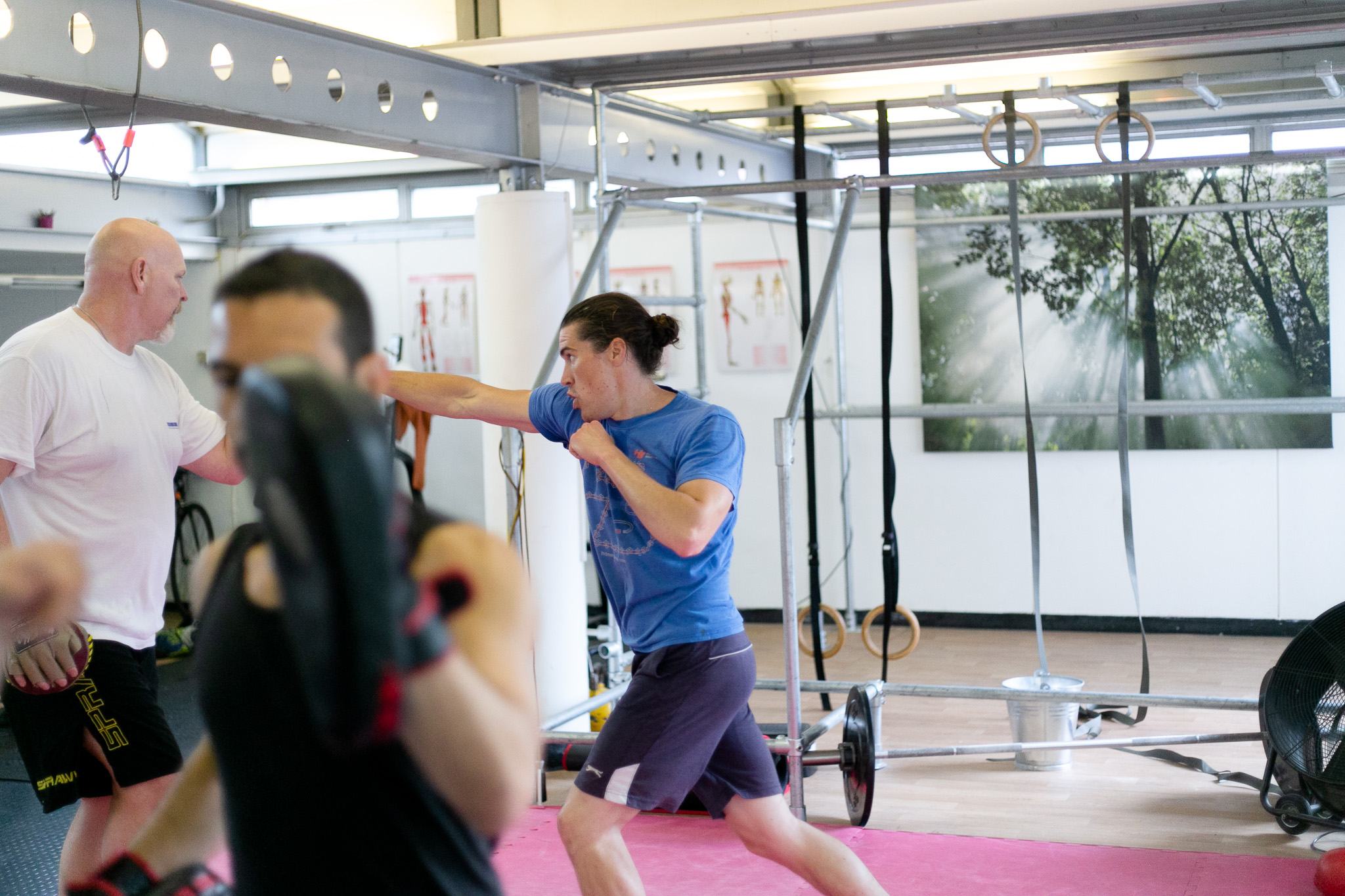 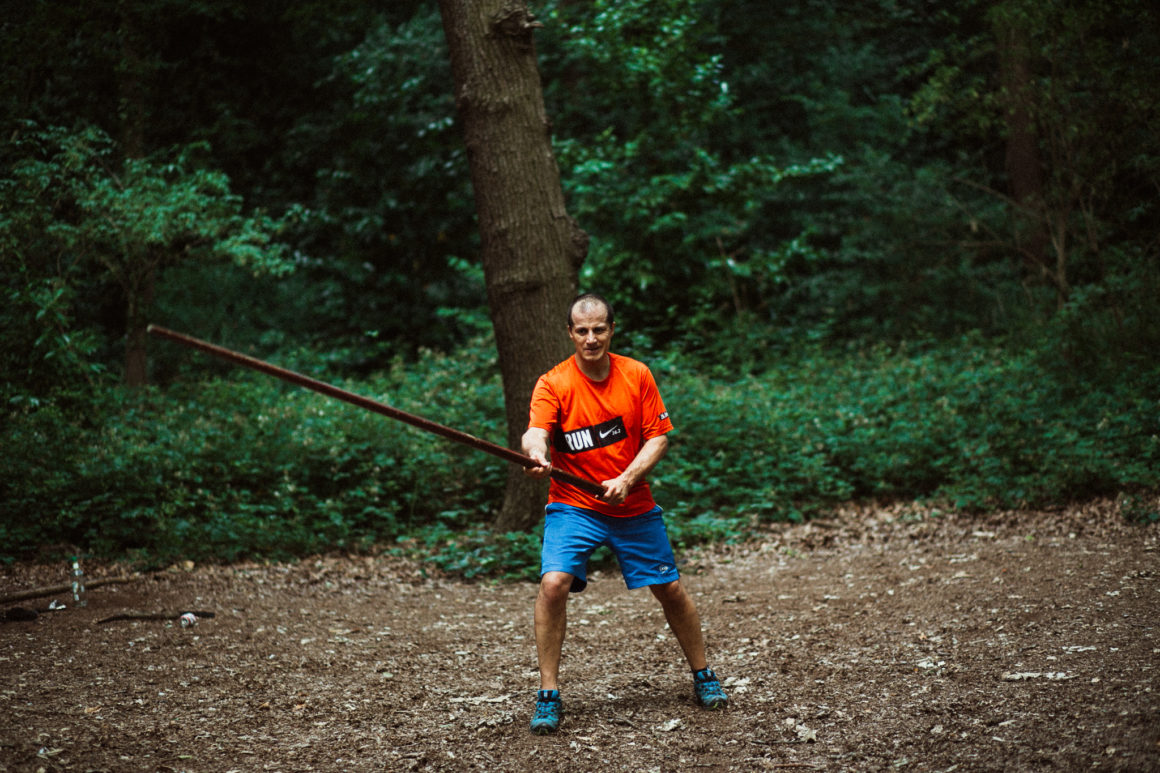 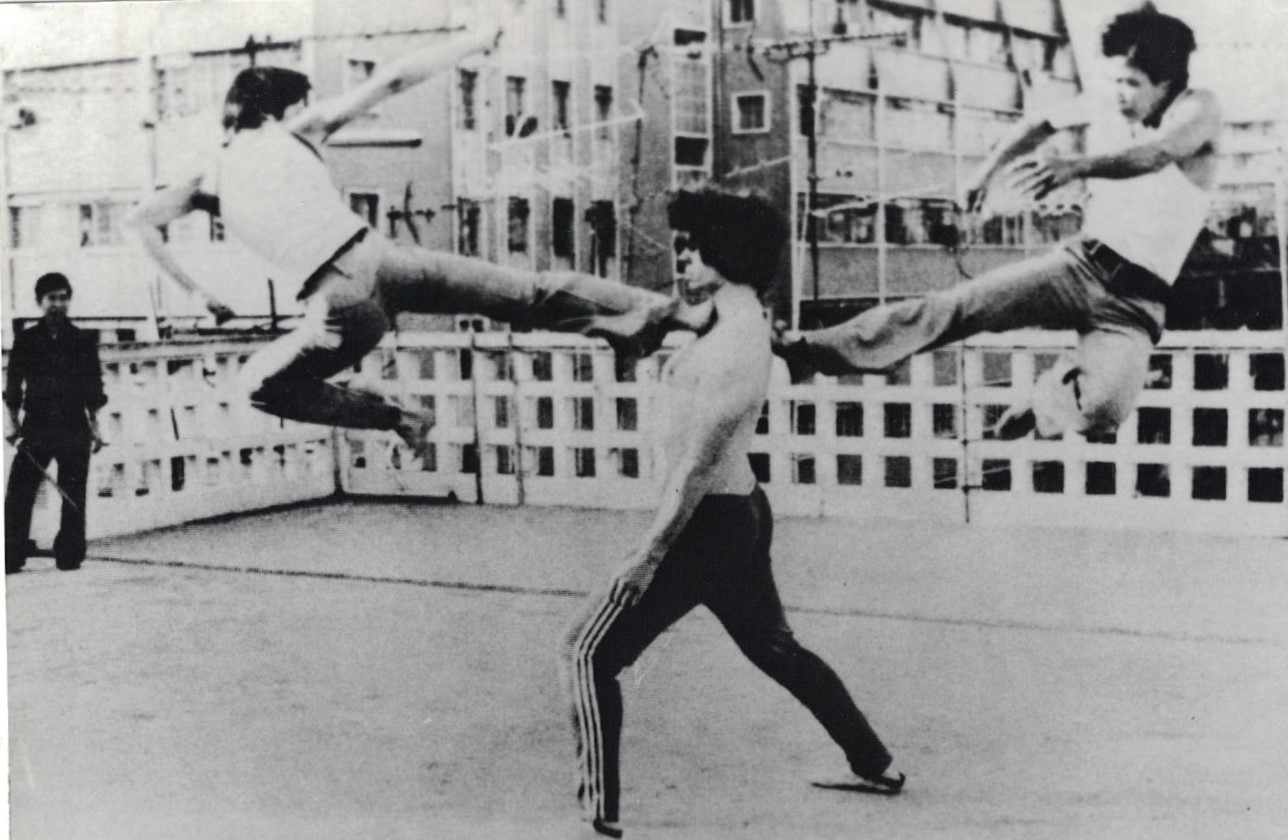 Kung training develops a predatory, aggressive and confident mindset for combat and self defence (only)

‘The spirit is like that of a cat about to catch a rat’, Tai chi classics

Far too many practitioners of Tai Chi Chuan have far too much faith in the power of softness. Yes it is a critical part of the art and yes the yin aspects provide the practitioner with many excellent and beneficial qualities for health and fighting. However, we must also pay attention to and include the same amount of yang training.

In this system of Tai Chi Chuan we have a very efficient selection of physical conditioning that is designed to develop powerful physical and mental qualities. In real self defence situations it is important to have stopping power, as well as to have the ability to absorb punishment, which is important in particular if you find yourself against more than one attacker.

Additionally it can be well argues that a highly developed cardiorespiratory system is one of the leading tools in the fight for good health, with VO2max being a physiological marker well correlated to longevity.

For me the practice of Tai Chi various conditioning methods is not only an enjoyable practice, I also find the inherent disciple and challenge something extremely positive. Many of my students have also embraced the ‘tai chi lifestyle’ that includes a heavy dose of conditioning training. They maintain a lean and healthy looking physique and are energetic and powerful in practice.

Kung means ‘skill acquired through hard work’. In Tai Chi kung the objective is to build you into a fighting machine, with high levels of power, stamina and resilience. Equally important is that it builds mental toughness and grit – the will to win. Sometimes your opponent may be an exceptional technician (especially if you compete at a high level) and you may not have the skill level to defeat them. However, if you have the courage and spirit to win, then you can overcome the better technical, through the sheer strength of will alone. If you read Musashi’s Book of Five Rings, you will see that the word that comes up most often is spirit.

By regularly challenging yourself and foreign body and mind via the repetitious and harsh methods used in Tai Chi kung, you will strengthen your resolve and will to win – and will learn to refuse to lose. Sometimes you may just need to outlast the opponent and may need to absorb punishment in the process. This is the reality of combat. As you improve your skills over the years, your emphasis on conditioning to win may become less – though it doesn’t mean you should reduce the amount of conditioning you do.

Knockout power is within anybody’s reach provided you learn how to use your body’s mechanics properly, condition your fists and limbs and develop the power potential of your physique via practice of the following exercises.

The Tai Chi internal strength exercises are a remarkable system of exercises designed to increase the strength, stamina and movement skill of the entire body. They develop your ability to use the body as one unit of power, precisely coordinating the efforts of all major muscle groups into highly refined movement expressions.

In addition the strengthen your body at specific and useful joint angles, via the use of isometric stance holds. Your breathing becomes long, smooth and efficient with practice and will become deep and diaphragmatic. You will also refine the quality of your movements, with movements becoming more fluid and sure, as well as smoother and much more consistent, due to many of them being practiced dozens or even hundreds of times in a training session.

The relatively new field of study into fascia and connective tissues has shed some light into some of the nei kung practice, in particular the use of certain movements which appear to be designed to maximise our ability to use the body’s powerful and natural elastic properties to generate more force and power, without the need for large and energy hungry muscles.

In addition to all those aspects there are various meditational components in the exercises, including standing meditation, breath awareness meditation and mantra based meditation, all of which can have significant effects on our ability to achieve spontaneity in combat, or generally help to enhance our ability to concentrate and focus.

To build up the strength of the wrist, and to develop a smooth chain of motion in your straight punching strikes its good to practice static running thunderhand punching on a single pad. This should be done barefisted to condition your hands and build up the toughness of the bones and skin over time. What is also important is to learn efficient and correct punching alignment. If your punches don’t arrive straight onto the pad you will start to scuff your knuckles and they will bleed. If you correct this and the force goes straight into your target, there will be no such problems, so its a great feedback method to learn and to respect efficient lines of force.

Running thunderhand practice is done with 3, 4 or even 5 pound weights. There are two main patterns used, one is a circular continuous pattern where the hands stay on the centre line the whole time, coming from a slightly lower position and arriving at a perfect punching position at head height, on the centre line with with large knuckles of the wrist well aligned. The shape and alignment of the whole movement has to be carefully considered during practice to build up the most powerful striking mechanic for straight punching. The idea is to build up your strength and stamina to the point you can do 20 minutes continually at a rate of 3 punches per second. Technique and speed should be the priority however. The second patten moves the spiral of the movement to become and almost horizontal movement with a chopping backhand movement and a semi/half hooking punch with the other hand.

In my experience not only is stamina, speed and strength improved, you will also start to develop a certain heaviness in your strikes, so that when you punch its as if you have a punching weight in your hand still.

Other punching patterns can also be done in the same manner, though the running thunder hand pattern develops very useful beautiful straight line striking technique and employs the natural elasticity of the entire body for pushing the fist out to strike and for the recoil.

Static handstands held from 1-4 minutes improve the strength and stability of the shoulder joint as well as some strengthening of the arms. Adding push ups builds more dynamic strength. We were taught to do these on the knuckles to help strengthen the wrist but also the alignment of the arm and wrist, which translates to less recoil and therefore more power in punching.

In the first version one partner runs backwards holding the pad at a stable angle and keeping a large open circle of movement. The other partner follows and punches the pad using the running thunderhand pattern, with one punch thrown per step, so that when the left leg is forward the right straight punch is thrown. A decent pace should be kept. This is done for rounds of 2-4 minutes, with various rest intervals used, though one minute is most common to reproduce competition requirements.

The second version involves using two different pads as the holder, showing either the left or the right, changing directions sporadically sometimes running back quickly, sometimes slowly, somtimes moving towards the puncher. In essence you are trying to reproduce the variability and chaos of a fight so that your partner has to adapt his footwork and body positioning to match. Agains this is done in rounds.

Similar repletion striking should be done using other punching patterns as well as the other kicking patterns (including knees). For basic self defence training rather than competition fighting I recommend concentrating on the punching versions of the drill.

Stamina rolls build up your ability to exert a lot of energy in a short space of time. Your body is also comprised and in a stressed position which adds to the intensity of the exercise. It’s a whole body interval training exercise that will stress all parts of your body. It is done by performing a forward roll on a mat, turning around as efficiently as possible and then exposing from an athletic position into another roll. This is repeated 80 times, which should be completed within 2 minutes. We do this for 3 rounds or more with one minutes rest in between rounds. 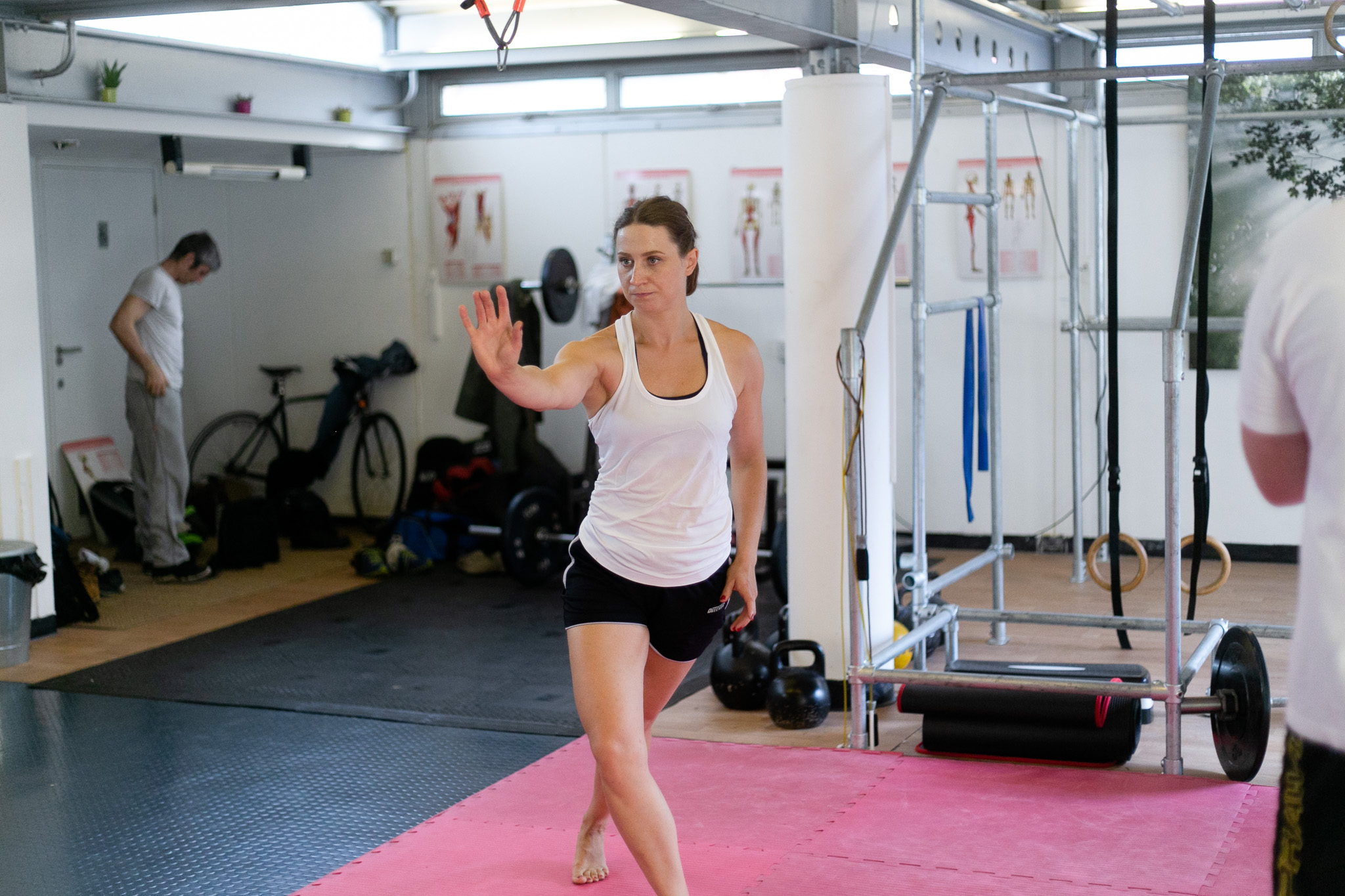 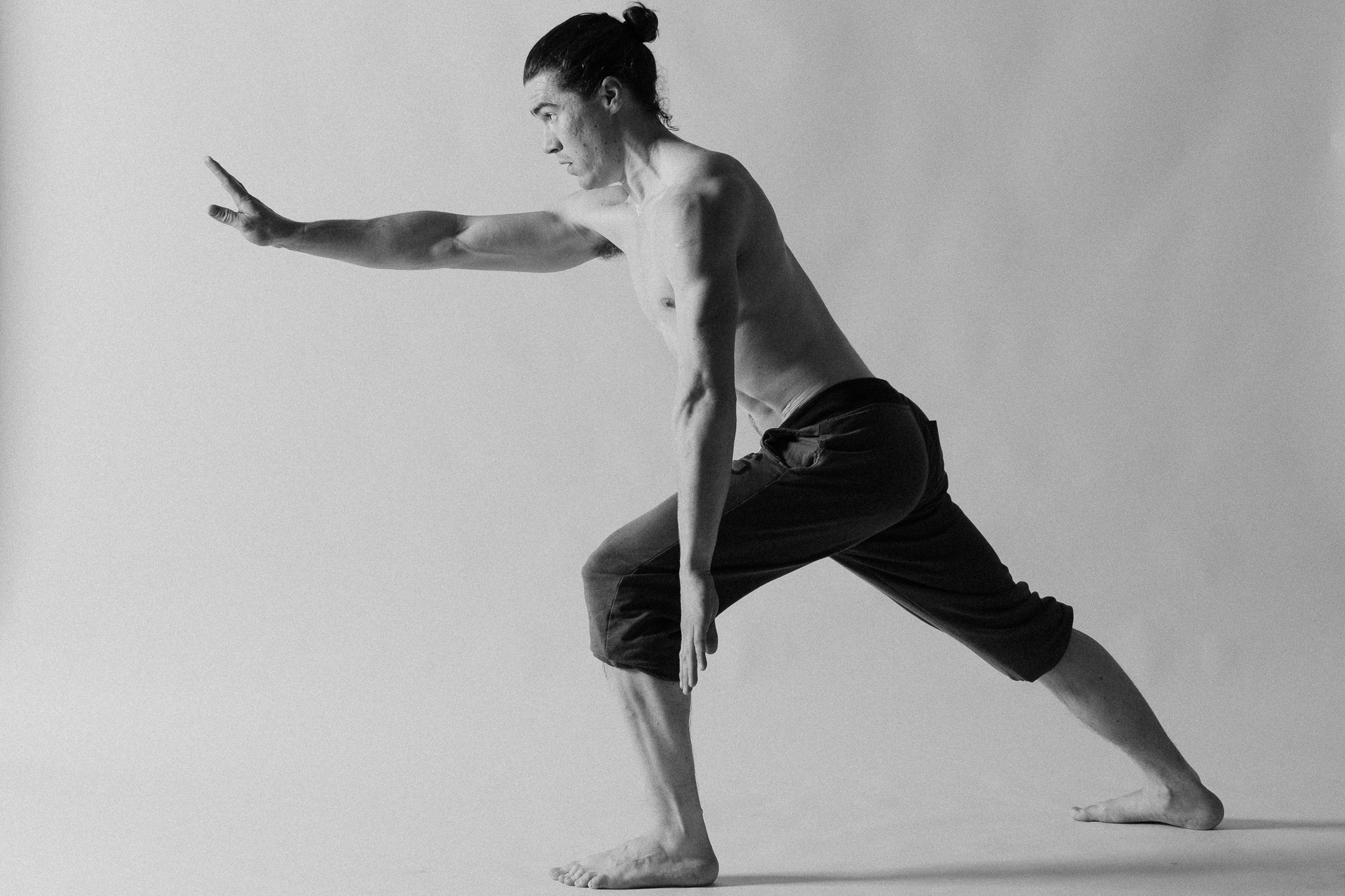 The Wudang Tai Chi long form has two methods of practice. It is generally learned in the ‘square’…
Neil 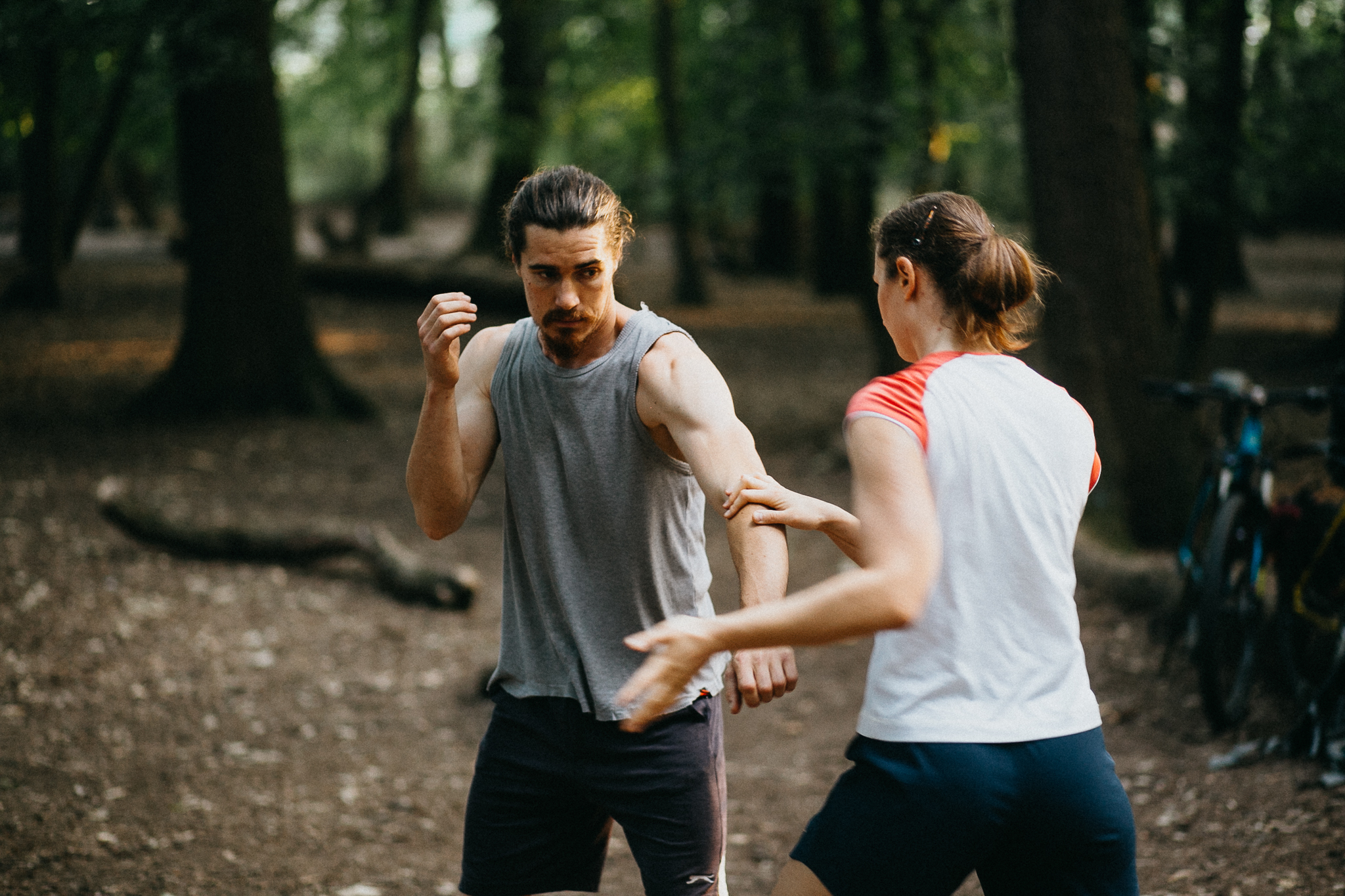 Why would you choose to practice Tai Chi Chuan when modern MMA training available? In the last couple…
Neil 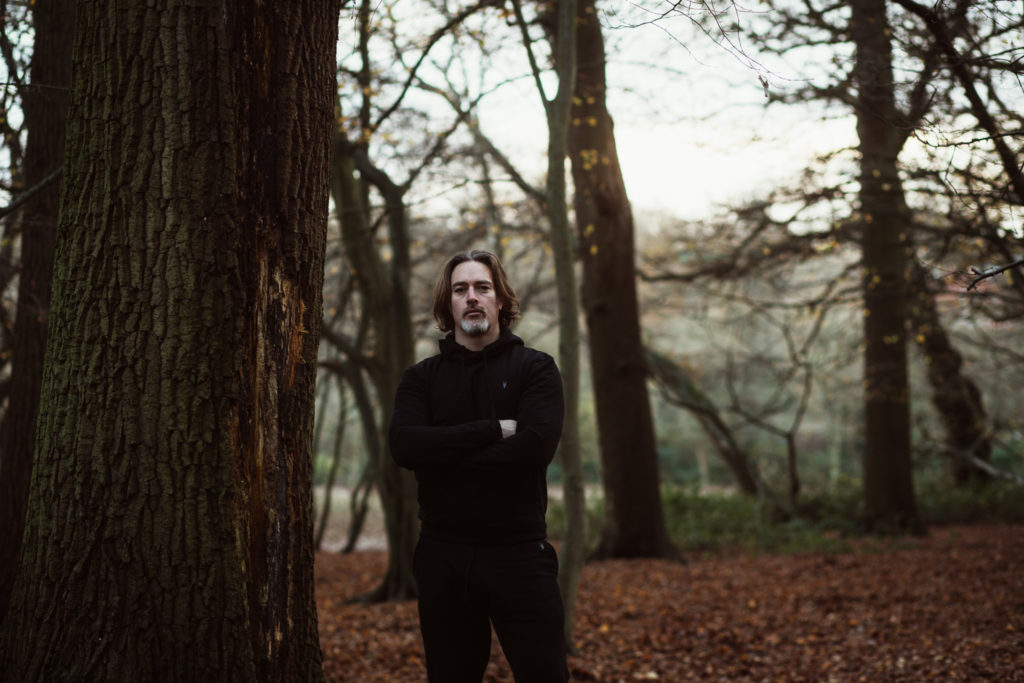