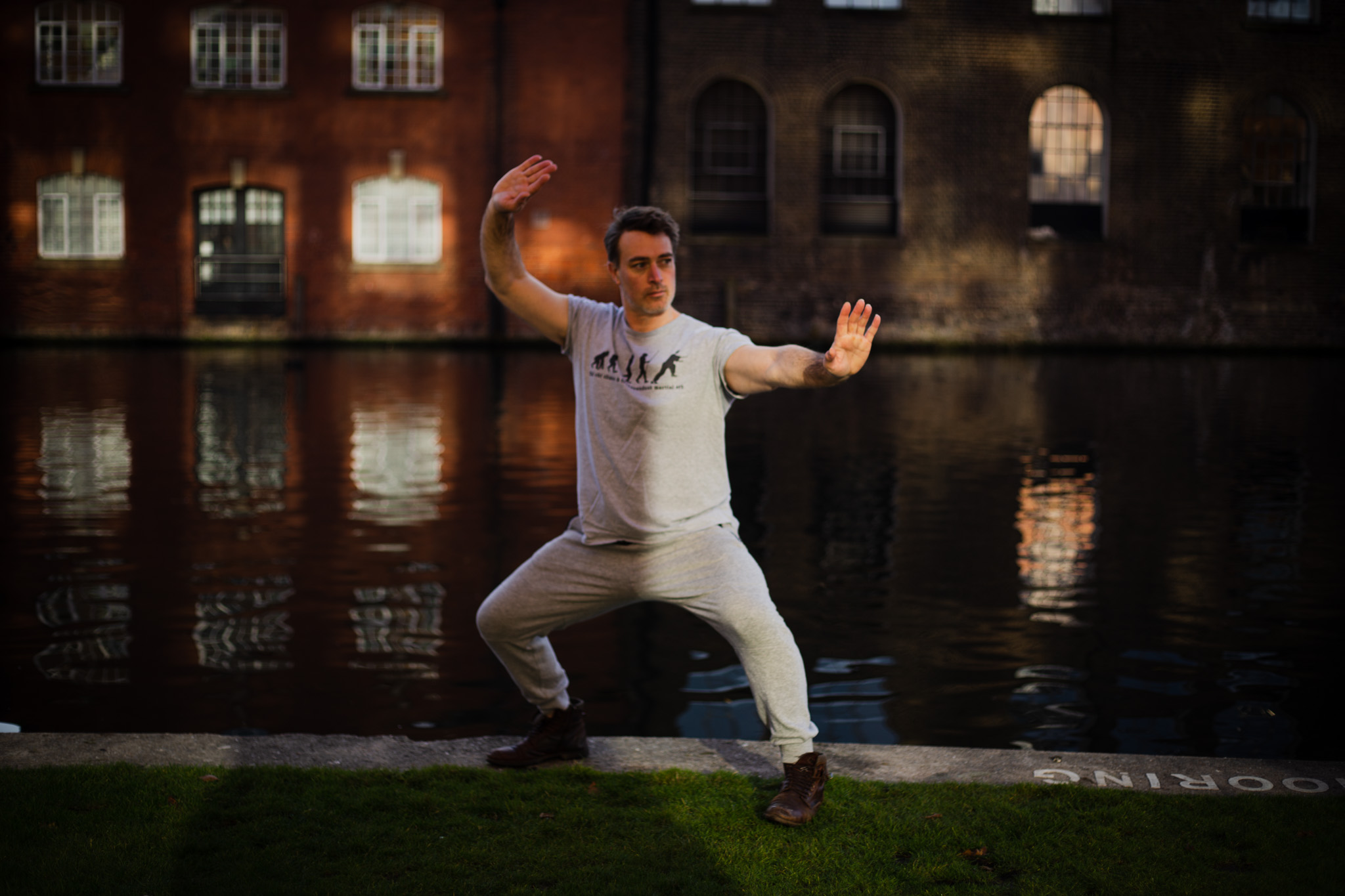 In my private studio facility in Camden Town, I train people in a variety of skills and practices designed to enable them to become healthier, happier and better functioning humans.

Some of my students prefer to take part in personal training session during the daytimes or evenings, where they can receive specialised tuition and coaching in skills most relevant for them.

Others come to group training sessions, where the focus is on practicing a full system of highly developed, yet extremely practical martial arts. This is a system that includes a highly developed full contact fighting system as well as an internal development system. It is traditionally said that the lesser achievement is fighting skill, while the greater achievement is personal cultivation.