The Wudang Tai Chi long form has two methods of practice. It is generally learned in the ‘square’ format initially. The techniques of the square form are clearly set, with precise starts and stops. There is a 1,2,3 count to the practicing of the movements.

Once the square form has been learned, memorised and a certain level of proficiency has been achieved, students will move onto the ’round’ method of practice. In this method, there are no longer precise start and stop points between the techniques or ‘postures’. The entire sequence flows from one manoeuvre to the next in a completely fluid and ceaseless manner. The analogy classically used is that you should be like a great river, implying some variance in pacing and intensity.

There is also a short form in this system, here you can see my old student Gaby, giving an artistic rendition of it;

The long form is a great practice, whether you want to improve your health and fitness or you want to increase your capacity as a martial artist. It works on many different levels, depending on your state of progress in the art.

Practicing the square form gives you familiarity with the various stances and body posture used in Tai chi. Your legs will begin to strengthen quite quickly, as will the muscles that stabilise and control the ‘core’. You will learn and practice how to achieve comfortable and stable positions, whilst being relatively relaxed, physically and mentally. As you continue you will begin to understand how to make the stances and arm movements appropriately full or empty.

The square form builds good levels of stamina and is actually a tough exercise when we take our time and sink carefully into the various postures, and really extend them to their fullest potential.

In the following video you can see a practitioner of the Wu style of Tai Chi going through a square form;

What i like about this demonstration is his excellent extension into his techniques, taking his time to fully feel his techniques and their appropriate level of extension or contraction.

Round form practice of the Wudang Tai Chi long form

After you have become fairly proficient in practicing the techniques of the square form, and can remember the 119 movement sequence, its time to begin the round form.

Round form practice has no clear and distinct start and stop points. In fact the whole form flows completely seamlessly from one movement into the next deliberately without any breaks. Distinctions in the particular techniques contained within in it are done via subtle changes of movement speed and pacing, as well as the natural opening and closing of the bodies’ joints.

Round form requires a highly level of continual awareness on body position, posture and how are limbs are aligned. This trains focus and can be considered a mindful practice, as it’s always done with a ‘relaxed attitude’.  This helps you to relieve stress and feel calm and at ease after training.

A very wide combination of movements is practiced, giving the musculoskeletal system plenty of healthful stimulation. Because of this wide variety of movement training, the circulatory system receives a lot of benefit, encouraging the movement of oxygenated blood to many areas of the body, via mechanical actioning of so many different muscles (mechanotransduction).

As you practice the long form, you are encouraged to continually refine and develop your coordination, so that our movements and body control become incredibly accurate. This accuracy develops precision in stance and leg control, in trunk positioning and posture control and also the shapes with which our arms manifest techniques. The mechanical efficiency of these aspects impacts health but also plays an important role in the delivery of efficient and effective martial arts techniques.

One of the key concepts in Tai Chi is achieving a good level of ‘sung/song’. This concepts encourages you to have a certain kind of loose pliability to your movements. Because mind and body are linked, it  does require the adoption of a loose and relaxed mindset – quite opposite to being ‘highly strung’.  Becoming more ‘sung/song’ will make body movements more efficient and reduce muscular inhibition – which is the tension in the antagonist muscles. This in turn will make you more powerful when combined with well developed and trained ‘intent’. A reduction in tension through your body will also enable blood (and some say Qi) to flow more efficiently through its networks.

In this video you will see Cheng Tin Hung, the famous fighting tai chi master from Hong Kong, demonstrating the classical long form;

Some things to observe from this video

Firstly you should notice that the movements are ‘light and agile’, as directed by the Tai Chi classics, rather than heavy and dull. The attitude of the practitioner seems relaxed. There is a rhythmic quality to the movements, which emphasises, but does not dwell on the techniques shown. Contraction and extension of the various movements are also performed very skilfully. The other thing to notice is that Sifu Cheng and his students were very unpretentious in their practice.

The mirror form is the next stage in practice and it’s where we simply do all the techniques the opposite way. So where we would have moved to the left in orthodox form, we will move to the right.

The mirror form isn’t done in many style of Tai Chi for some reason, but in our school it is part of the regular progression for students. It’s important because it provides you with balanced training for the body physically. It’s also an excellent way to fully develop your technique, body control and coordination

In the Tao Te Ching, which is the sourcebook for the classical Taoist belief system, it’s written that to truly know something you have to view it from all possible vantage points. This means to see it from the front, the side, from the back and so on.

In the Wudang Tai Chi system, we practice the reverse form for exactly this reason. When practicing the form from back to front, with all the movements reversed, we have to focus incredibly intently, and we can become aware of any misalignments or deficiencies that may have crept into our form.

It’s a very difficult thing to do with any fluency, but is an excellent method of practice and can help you to perceive and understand the skilful movement of your body at a higher level.

Single practice of the form movements

Each movement of the 119 movements of the long form is in itself an important ‘style’. I would suggest that the vast majority of Tai Chi practitioners would have difficulty in isolating each of the particular techniques from their long form, and practice it in isolation.

This practice, known as ‘single/single movement’ practice is very important and helpful from a martial perspective, and also from a health and fitness perspective.

Repetitive practice of movements helps to build a deeper level of familiarity with the technique, which will help refine your ability to express the movement as and when needed in self defence drills and so on.

Some of the movements also are excellent for developing the flexibility of certain parts of the body which may require additional attention, depending on each practitioners needs.

Each of the postures of the Hand Form is practiced in it’s optimal balance point. Each of the stances is rooted from the feet, with optimal foot, ankle, knee and hip positioning. We practice to develop awareness of the spinal positioning in it’s entirety from the base to the head, finding the perfect neutral balance in all postures. The alignment of upper and lower parts of the arms, as well as the hands is trained. This body awareness practice is carried out in a mindful, relaxed and tranquil way, allowing the Qi to sink.

In Tai Chi Chuan there should be no forced movements, everything should feel natural and unstrained. Movements and actions are practiced so that they flow naturally from one to the next smoothly, with calm, smooth and deep breathing. The body is completely relaxed, using the minimal amount of muscular tension to carry out the postures and movements. Body and mind in this state are said to be tranquil. This allows for smooth circulation of vital energy.

All of the postures in the form are trained so that the practitioner feels perfectly comfortable in all of their movements. Proper extension and contraction of all of the bodies muscles and joints, combined with a relaxed attitude and well balanced body positions leads to a relaxed and sunken, comfortable quality.

When you practice a form with the emphasis on comfort, tranquility and balance you can begin to develop the quality of lightness. A keen sensitivity is developed and movements become unrestrained and light. Lightness of movements leads the way to sticking skills, which require a keen sensitivity to your own actions and those of the opponent.

Once you have achieved lightness, agility is also developed. Being able to change with perfect timing, balance and coordination with the movements of the opponents requires agility. Perfect control of your own movements and the ability to connect to and follow the opponent lead to agility.

The human body, with it’s myriad of muscular lever systems and the connective tissue matrix that assists movement and posture, moves optimally in arcs. The Tai Chi Chuan Hand Form therefore trains the student to find perfect arc like movements in all of the postures and techniques. Additionally all of these movements are carried out with the body moving as ‘one Qi’ – or as an entire unit. So that in any given technical execution, the optimised mechanical power capacity of the whole body is behind it.

After a student has trained the above qualities into their Hand Form practice, liveliness begins to develop. This leads to perfect and effortless opening and closing, extending and contracting, advancing and retreating.

The names of the Wudang Tai Chi long  form techniques

7. Raise hands and step up
(Single then Double seize the legs)

16. Embrace tiger and return to mountain

24. Step back and repulse monkey

26. Raise hands and step up

31. Fan through the back

33. Step back, parry and punch

44. Turn around and kick with the heel

52. Step back to strike the tiger

53. Twist the body and kick

57. Turn round and kick with the heel

61. Embrace tiger and return to mountain

84. Golden cockerel stands on one leg (right)
(white snake spits out its tongue)

85. Step back and repulse monkey
(Golden cockerel on one leg left)

92. Fan through the back

95. Step up grasping the bird’s tail

I'm a London based Tai Chi teacher, specialising in teaching the Wudang system of Tai Chi Chuan as a practical martial arts and lifestyle system 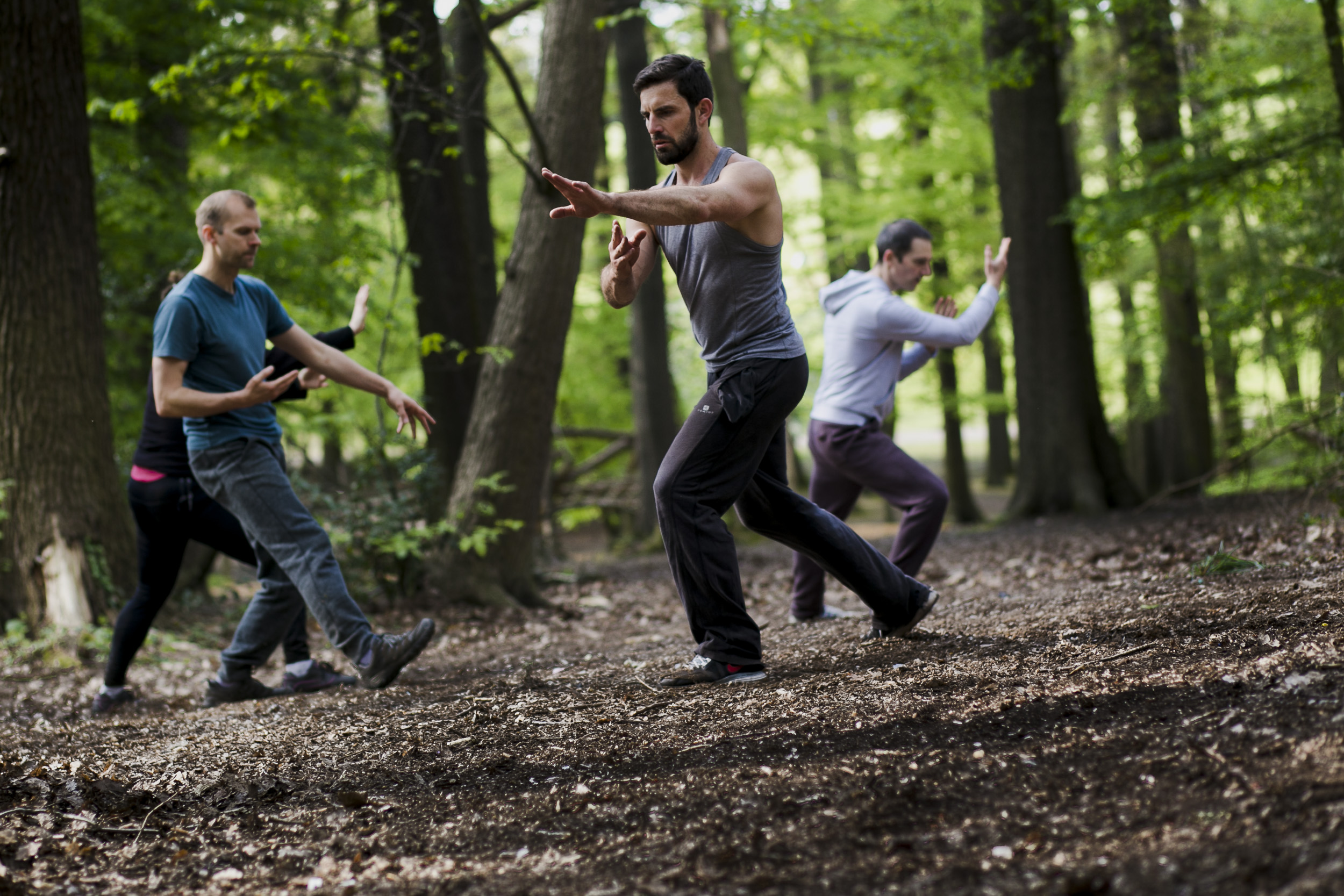 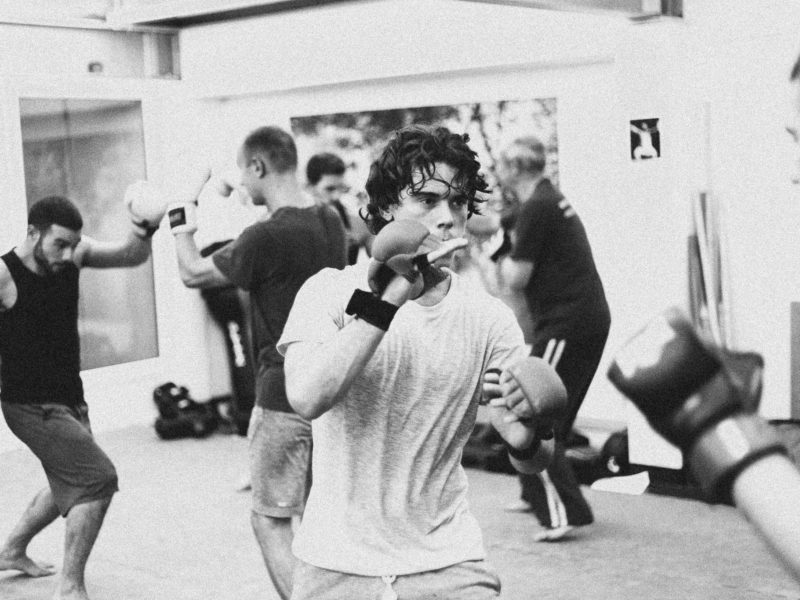 Read More
Some of the best (and worst) Tai Chi videos i’ve come across. There are a lot of Tai…
Read More
0
0
0 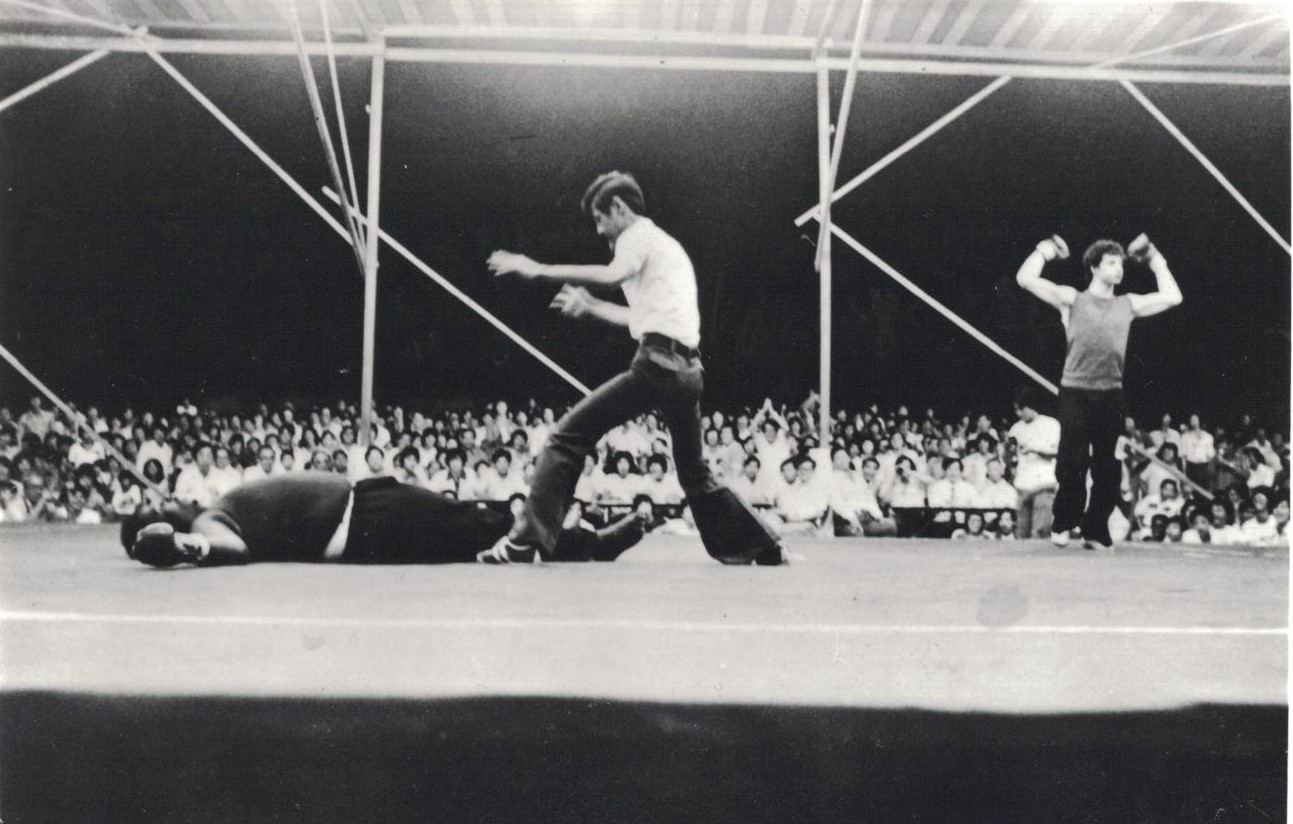 Read More
Why would you choose to practice Tai Chi Chuan when modern MMA training available? In the last couple…
Read More
0
0
0 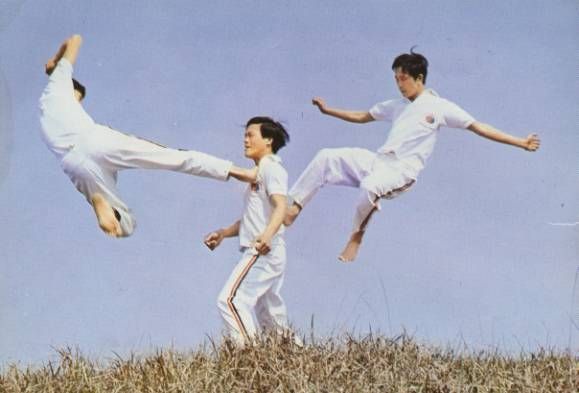 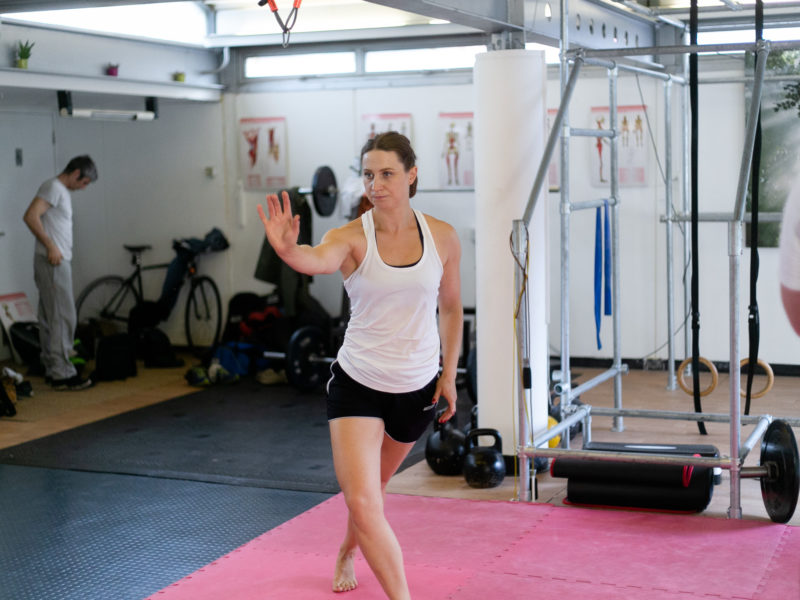 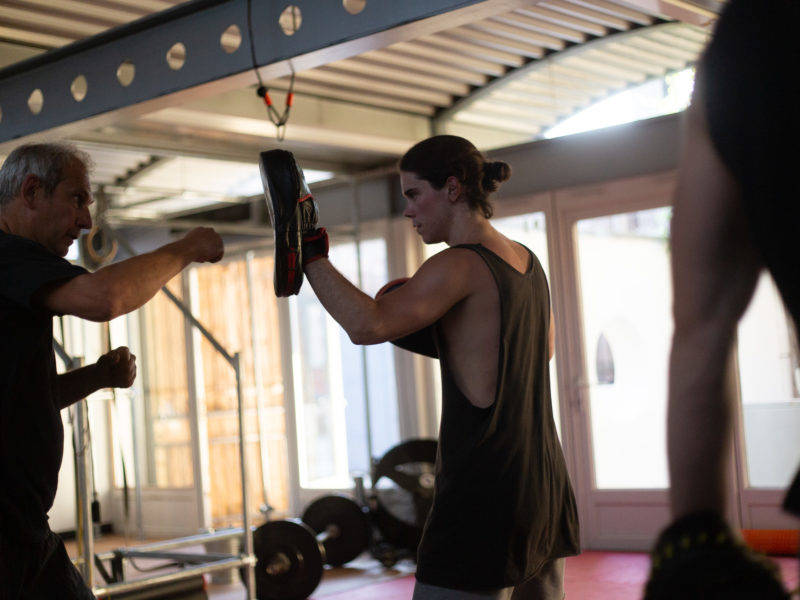 Read More
Should you take up Tai Chi or Yoga? Since the mid to late 90’s Yoga has become a…
Read More
0
0
0